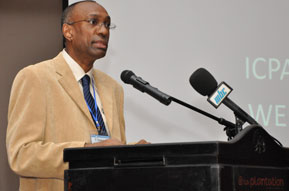 In 1888, J. L. Gay-Lussac mentioned that “we are perhaps not far remote from the time when we shall be able to submit the bulk of chemical phenomena to calculation”.

John A Pople, the Nobel Prize winner in Chemistry 1998, mentioned that “…we celebrate the fact that mathematics has invaded chemistry, that by means of theoretical calculations we can predict a large variety of chemical phenomena…”.

In parallel to the teaching of computational chemistry, I develop a team researchers using theoretical methods and resources available. I must say that I have been successful in this attempt and the success can be correlated with publications in journals and proceedings having rigorous reviewing policies. With respect to research in Computational chemistry, one student joined for his MPhil/PhD degree in 2003 and completed the same in 2006 with Prof Henry Fritz Schaefer III as a co-supervisor. Since then, more students have been joining my group for their projects and MPhil/PhD research. I have also several collaborators and visitors.